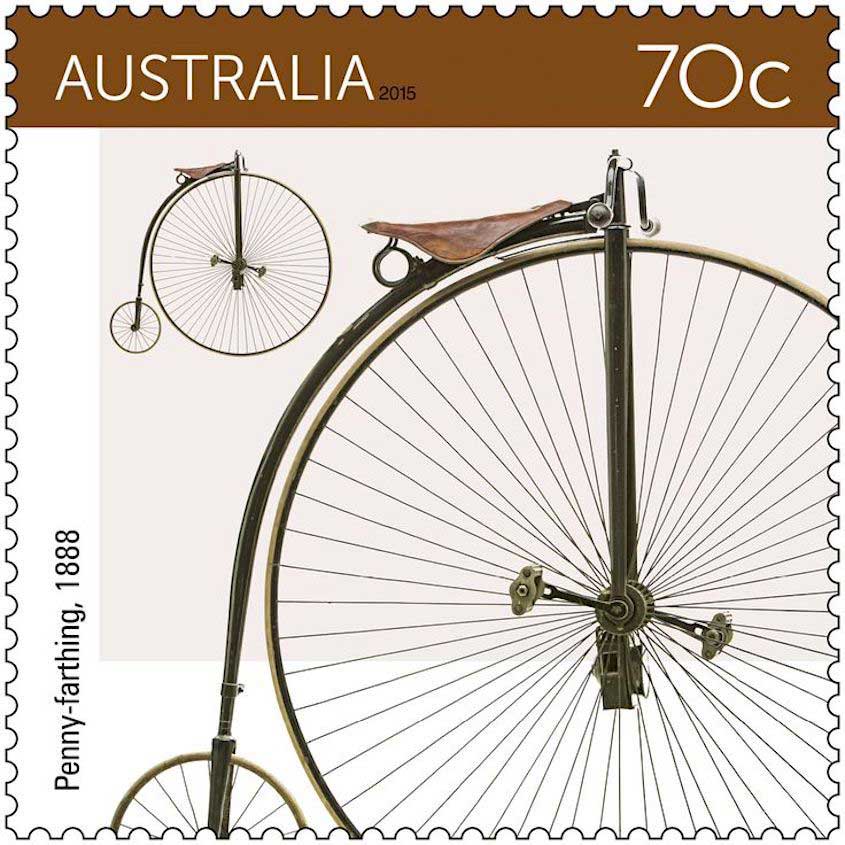 ” The penny-farthing was first made in the early 1870s in Europe, superseding the aptly named “boneshaker”. Its high front wheel allowed for greater speeds and less stress on the rider’s legs, though it was no mean feat to mount and ride. The penny-farthing shown in the stamp design was made by Melbourne company Bassett & Co. in 1888. Photo: Paul Farren/Peter Horsley.”

” The ladies’ safety bike shown in the 70c stamp was designed and built by Melburnian Arthur Sutherland for his wife, Marion, around 1910. The safety bike was a game- changer, first appearing in 1885. Its similar-sized wheels employed a rear-wheel chain drive, the rider’s weight was lower to the ground and, in time, the robust diamond frame became the norm. The “drop bar” opened a whole new market, making cycling more accessible to women. Photo: Katie Shanahan/National Museum of Australia.”

” The men’s sprung-frame bike featured on the $1.85 stamp was made by Melbourne- based Finlay Bros in the 1930s. The evolution of a sprung-frame, visible above the back forks in this bike, enabled a more comfortable ride. Photo: Paul Farren/Peter Horsley.”

” The custom-made road bike featured in the $2.75 stamp, was made by Geelong-based Baum Cycles in 2015. The company makes bespoke high-performance machines for the biking buffs on the road. Bike designers and manufacturers continue to refine design and technology, and investigate new materials. Photo: Baum Cycles.
The products associated with this stamp issue include a first day cover, stamp pack, prestige booklet, sheet of 5 x $2.75 self-adhesive stamps, booklet of 20 x 70c self-adhesive stamps, and a set of four maxicards.” 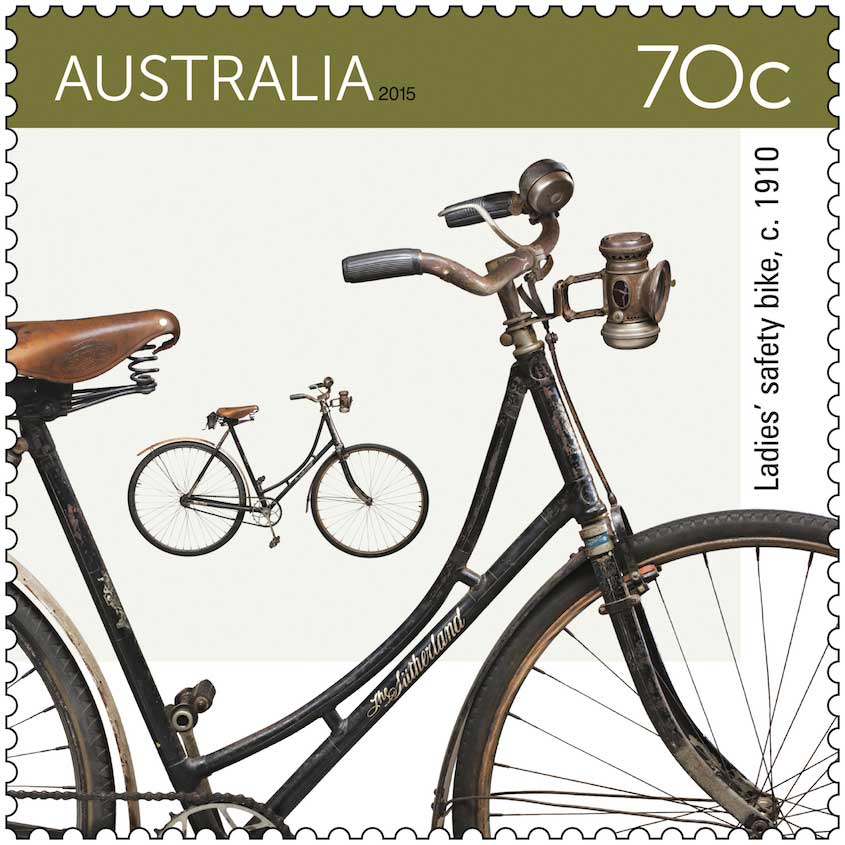 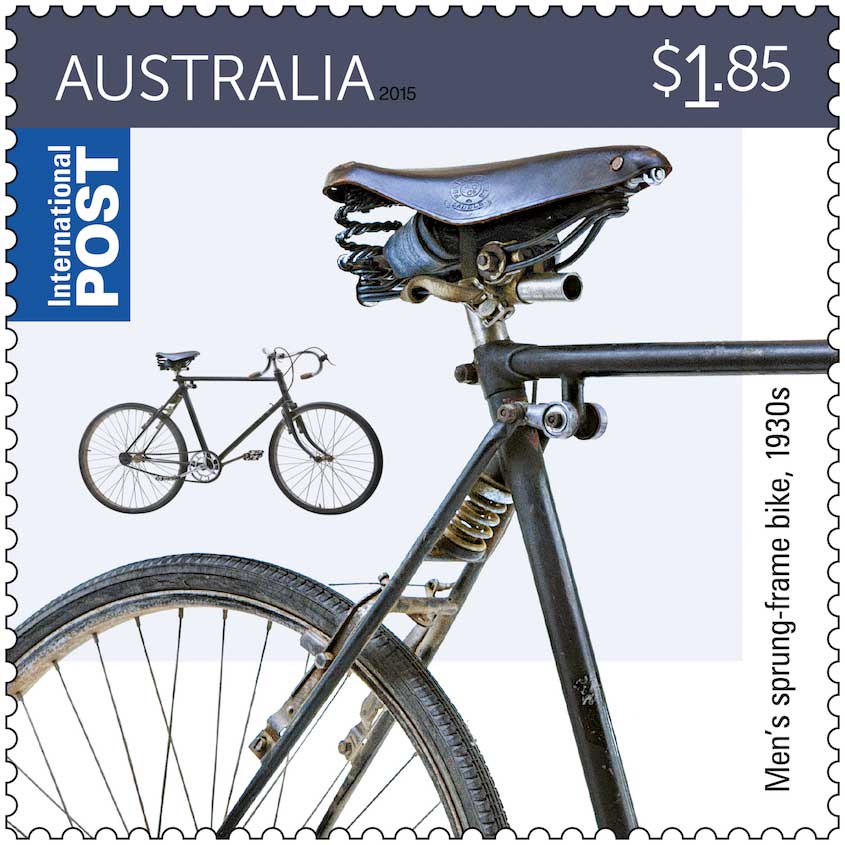 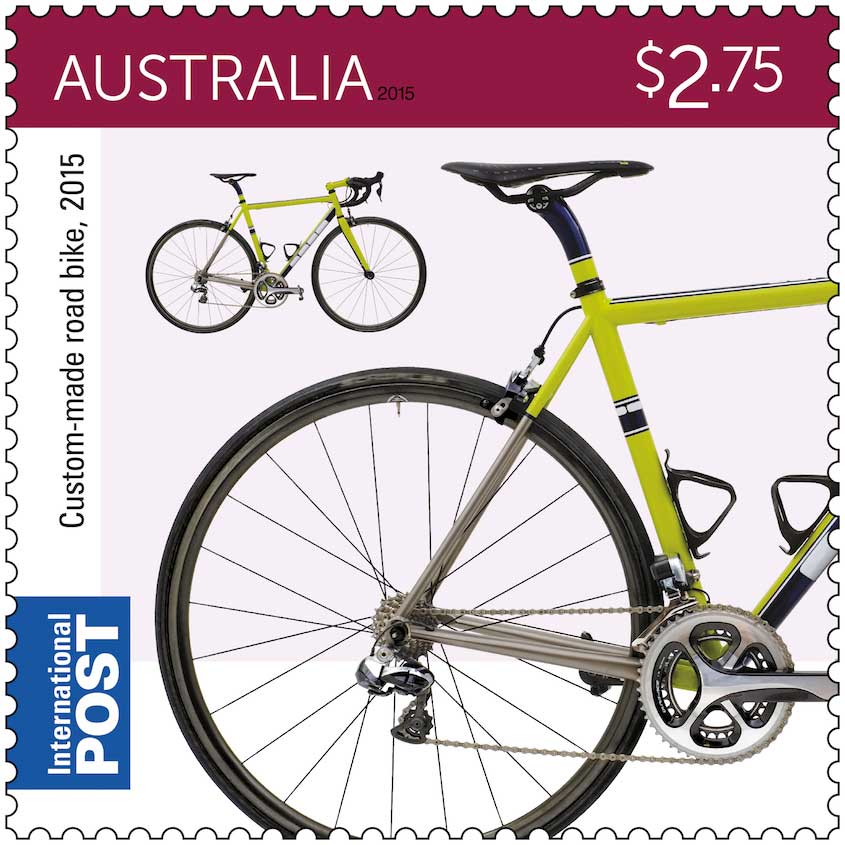 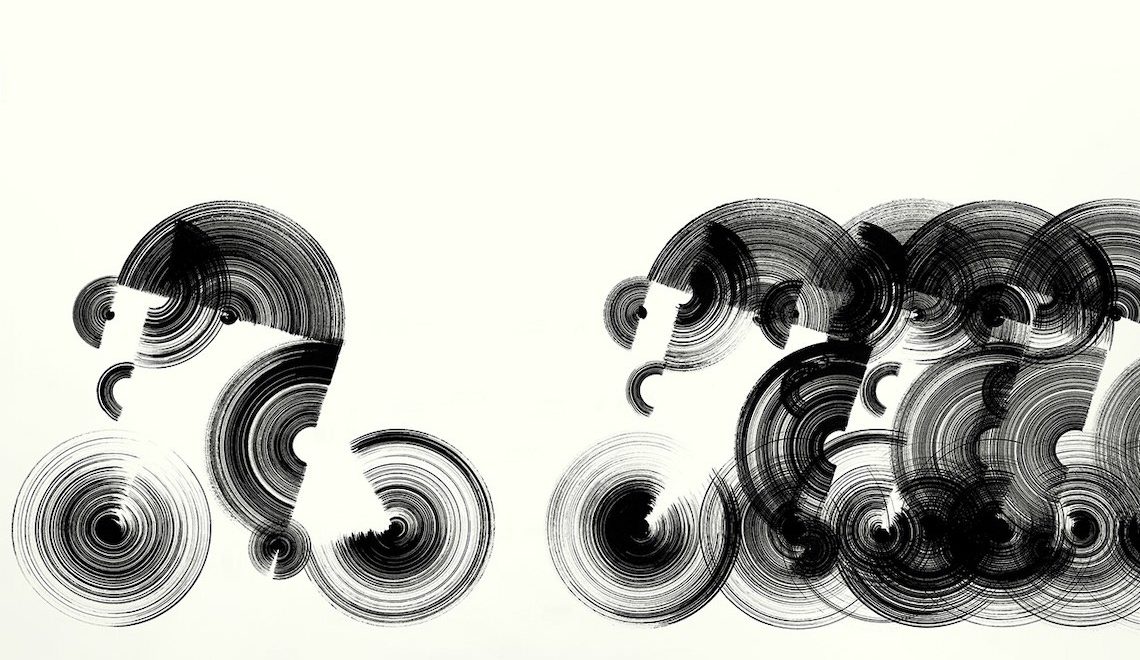 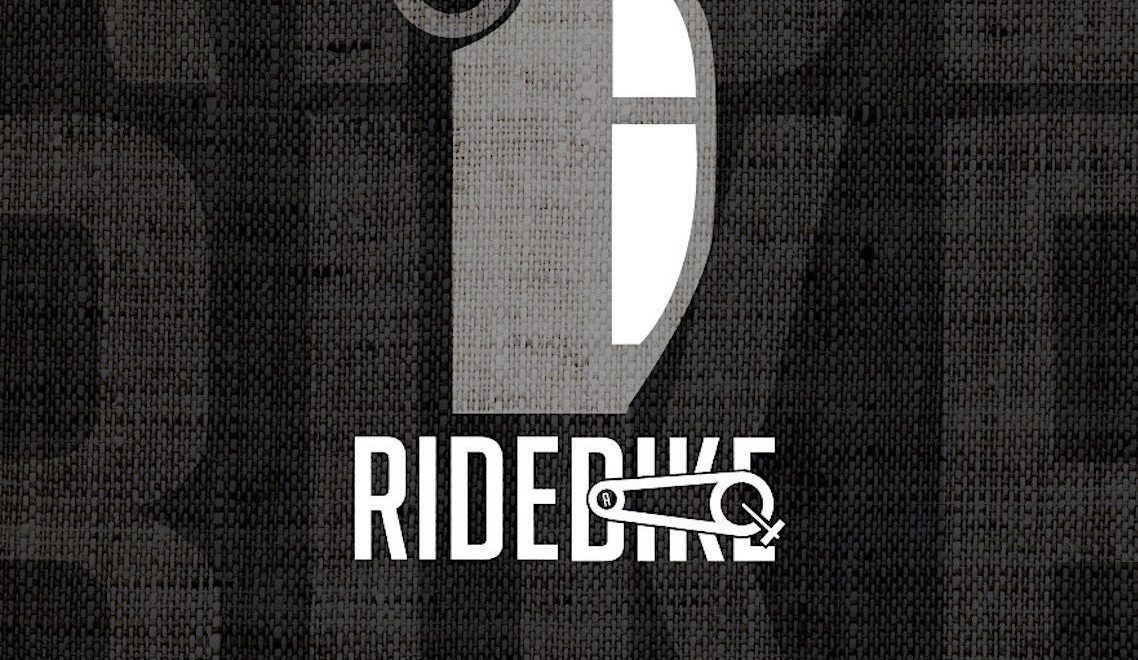 Their Only Portrait. In sudamerica con Federico Ca